Music Of Our People: songs of the Roaring Sixties 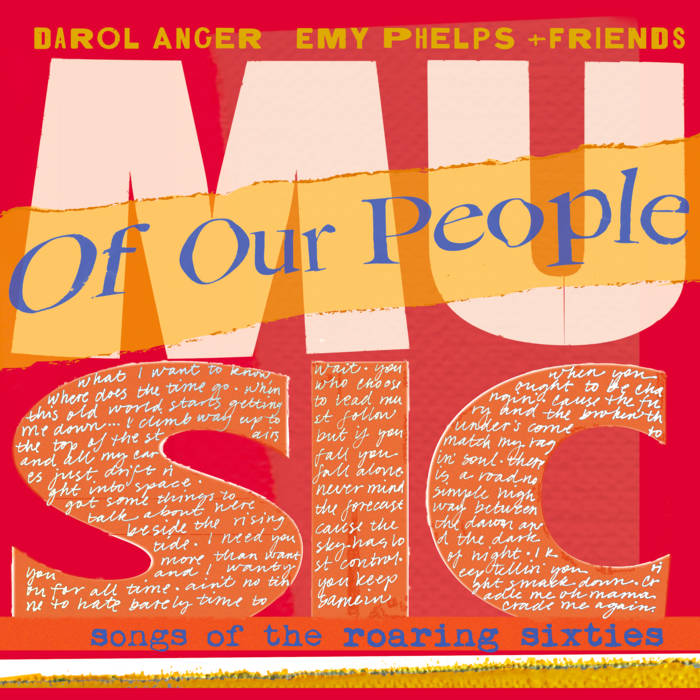 Legendary fiddler Darol Anger, Singer-Songwriter Emy Phelps and a crew of brilliant young Uber-pickers have re-imagined some of the greatest songs of the Sixties, they way we (the Acoustic String Community) would do them, and it came out great.
We're calling it Music Of Our People, because this is where our whole musico-cultural movement started!

The other musicians on Music of Our People are members of the tight community of brilliant acoustic musicians that grew up influenced by Darol’s original groups such as the David Grisman Quintet and Turtle Island. Most of these young artists were not even alive when the songs on Music of Our People were written. They join an earlier generation of seasoned artists whose music has continued to deepen.

Darol Anger has helped drive the evolution of contemporary violin through pathbreaking ensembles such as his Republic Of Strings, the Turtle Island String Quartet, the David Grisman Quintet, Montreux, Psychograss, and others. Composing, teaching, and performing internationally since 1977, he has produced numerous important recordings and soundtracks. ... more

Bandcamp Daily  your guide to the world of Bandcamp